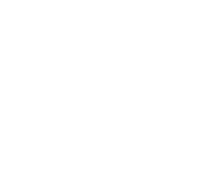 Born in Montevideo, Uruguay, in 1988, he begins studying violin at the age of 5 with Ludmila Cavallaro. His first recital was at 7.  He participates as a soloist at the 1st Festival of Youth Orchestras of Uruguay when he is 8.

After several orchestral experiences he becomes a regular member of the “Ars Musicae” Chamber Orchestra under the conduction of R. Pietrafesa Bonnet.

In 2006 he was appointed  to join the “Jeunesses Musicales World Orchestra”.

– Settled in Italy in 2007, he begins advanced studies of violin at the Conservatorio  “Giuseppe Verdi” in Milan with Maestro Daniele Gay and he graduates with top marks, honors and a special mention in 2010.

-Then he has the privilege of being selected to study at the “Universität für Musik und darstellende Kunst ” in Vienna with  Professor Dora Schwarzberg and a year later he graduates with the maximun score in 2013.

As a student he was the Concertmeister of the Symphonic Orchestra of the Milan Conservatory on several occasions, giving concerts in different Italian cities and also participating as a soloist.

He is the violinist of the contemporary ensemble “Texture Ensemble Milano”.

Between 2010 and 2013 he was a member of the String Sextet of the “Accademia Teatro Alla Scala de Milano”, touring through Italy, Asia, and South America and recording live for Radio3 in Italy, Limen TV and the Hong Kong Radio.

In 2011 his String  Quartet “Antonio Solari”  participated in a master class with the “Shanghai String Quartet”, and  they were also  invited to inaugurate their concert in Milan.

Until 2013 he was a member of the Orchestra of the “Accademia Teatro Alla Scala di Milano”  where he often played the role of Concertino.

In 2014 he debuted with Orquesta Filarmónica di Montevideo playing Mendelssohn Violin concerto Op.64 in E minor under the baton of David del Pino Klinge, having great success with the public and critics.

In 2015 he creates the “Schiele String Sextet”, together with colleagues from OSN Rai.

In 2019 he collaborates with “Les Italiens de l’Opera” (Paris) and “Stars of American Ballet” joining different shows in Paris and playing on the stage Wieniawski – Etude Caprice Op.18 No 4 and Bazzini – La Ronde des Lutins.

In 2020 during the COVID-19 pandemic, he plays every day from his balcony giving hope to people around and live on social media to arrive to everyone who’s on quarantine. His concerts went viral in the whole world, especially in China where his first video had more than 10 million views.

From that moment he made 2 live stream concerts for Chinese public, reaching 89,000 people on the first and 328,000 on the second.

He has more than 800,000 followers on Chinese social network Weibo.